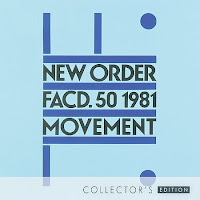 I bet you’re excited, aren’t you? I’m going to talk about the CDs I’ve been listening to again! If this were a school it would be Excitement High! The numbers don't indicate an order of preference, but rather their slots in my five-CD stereo.

I never quite noticed that I was becoming a fan of Radiohead, but I’ve bought three albums in a row now, and listened to them all an awful lot. This remix album continues the odd funkiness of the previous two, and has barely left the CD player since I got it. A good remix album can be perfect for listening to while working, since the words are usually broken up enough to stop you paying too much attention. I still have a soft spot for The Cure’s Mixed Up, and I used to love, inexplicably, The Beloved’s Blissed Out. My favourite remix album of all is probably Mogwai’s Kicking a Dead Pig. It was a track off there, R U Still In 2 It? (DJ Q Remix) which led me to them in the first place, after it was featured in a demo for Actua Ice Hockey 2. Apparently the full game featured two of the band as unlockable characters.

Still a bit on the fence about this one. I love Midnight City, in a Magnetic Fields disco kind of way, but not convinced by a lot of the rest just yet. Reunion sounds like Simple Minds or U2 or something equally abominable, but I almost like it. Since seeing the video for Midnight City (see below), which features a bunch of superpowered kids escaping from a facility, I’ve been looking out for clues that John Byrne’s Next Men was an influence on this album: at the beginning of their story the Next Men are dreaming…

The Radiohead remix album – specifically Nathan Fake’s remix of Morning Mr Magpie and the Mark Pritchard remixes of Bloom – has sent me back to early New Order in a big way. In the space of a couple of weeks I’ve bought Singles, the collector’s edition of Movement, Taras Schevchenko and Control on DVD, and even a Movement t-shirt. (Plus New Order’s last album, Waiting for the Siren’s Call, and Bad Lieutenant’s Never Cry Another Tear, which to a brief listen sounded a lot like The Cure at their cuddliest.) This CD has some of my very favourite New Order tracks: In a Lonely Place, Procession, Cries and Whispers, Hurt and Mesh. Wish they’d revisited that style a bit more in later years.

A bit quieter and easier to take in than the eponymous album, which sounded like ten bands in a blender – but I miss the little rapping bits. I like a bit of rapping in a song. Some may think this heresy, but I thought Dizzee Rascal’s bits in the Feed the World remake were the best thing about it. This album has a nice cosy sound. But Texico Bitches uses the second word of its title way too much for me to be able to have this album on in the house very often. This may well find itself tucked away with the work of potty-mouths like the Wu-Tang Clan before I get a chance to develop any real affection for it.

One of my favourite albums since my school days. If I had any musical talent, I’d be making albums that sound pretty much exactly like this.

And on the iPlayer I’ve been enjoying Sorry I Haven’t a Clue, the Now Show, Richard Herring’s Objective, and Kermode and Mayo’s film programme.