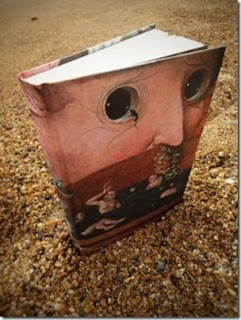 Hope you’ve been enjoying issue fifty-five, which was as ever free to download and as cheap as we could possibly make it in print. We don’t expect anything in return, other than your unquestioning love, but if you want to show your thanks in less romantic fashion, there’s no better way than having a look at our contributors’ other publications.

Charles Wilkinson has a collection of strange tales out now from Egaeus Press, A Twist in the Eye, which includes two stories that first appeared here. In his introduction, Mark Samuels calls it “the most exciting collection of weird fiction … that I have read for many years”. Charles’s work has appeared in Supernatural Tales, Shadows & Tall Trees, Horror Without Victims and Strange Tales V (Tartarus Press) amongst other places. The book is available to buy from the Egaeus Press website.

Rafe McGregor’s seventh book, The Value of Literature, was due for publication by Rowman & Littlefield International in hardback in August 2016 and in paperback in February 2018. Learn more.

Finally, check out the current Interzone #265 for my reviews of Hunters & Collectors by M. Suddain and World of Water by James Lovegrove, plus the upcoming Interzone #266 for my review of The Rise of Io by Wesley Chu and – honour of honours! – my guest editorial, where I talk a bit about running the British Fantasy Awards, where I think awards can go awry, and why I love them anyway.
Posted by Stephen Theaker

Email ThisBlogThis!Share to TwitterShare to FacebookShare to Pinterest
Labels: Charles Wilkinson, Douglas Ogurek, Interzone, Rafe McGregor, What contributors did next