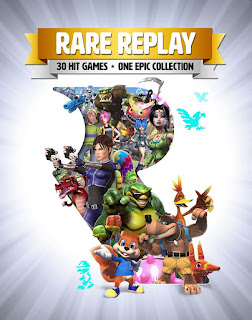 When I bought the Xbox One, I never imagined – or dared to dream! – that one day I would use it to play Atic Atac. But sometimes dreams come true, even the ones you never dreamt! Rare Replay is a collection of thirty of Rare’s games, going all the way back to their days as the fabled gods of ZX Spectrum, Ultimate Play the Game. Their name was a guarantee of quality in those days where the hottest new titles would cost just £5.50. The oldest game here is the evergreen Jetpac, still as good as ever. A few titles at either end of the Spectrum era don’t make the cut – like Psst!, Trans Am and Alien 8 – and one can only hope that DLC will be forthcoming, but the stone cold classics are, like Lunar Jetman, still as rock hard as ever, till you realise this collection adds a rewind button that turns you into Tom Cruise in Edge of Tomorrow, magically anticipating enemies before they even materialise. It never occurred to me, playing that game thirty years ago, that there might be so many more aliens in the game than I had ever seen. Destroying one alien base still feels like a great achievement, but with the rewind button in play I managed eight! Then there are the games that dared to cost ten pounds: Sabre Wulf, rope-swinging Underworlde and isometric werewolf adventure Knight Lore, and the less fun Gunfright which still impresses by replacing the traditional “rooms” with a scrolling three-dimensional environment. Ultimate then became Rare, and began to produce games for Nintendo, games that were always out of my price range. I was still playing on my Spectrum the day I saw WipEout and the PlayStation on Gamesmaster with Patrick Moore! So there are several titles here that are completely new to me: Battletoads, Slalom, Blast Corps, Killer Instinct, and most excitingly (for me at least) Solar Jetman, which turns out to be a clone of Thrust, albeit with enough new features to make it well worth playing. Some of their notable games from this period are inevitably missing, for rights reasons, like Donkey Kong Country and Goldeneye. Others, like Perfect Dark and Banjo-Kazooie, appear in the form of their Xbox 360 remakes, produced after Rare became part of Microsoft. Rather than being part of the Rare Replay game proper (at least in the digital version), these are downloaded to the Xbox One in their Xbox 360 versions, and can be run separately too. (It doesn’t look like they become part of your Xbox 360 library, though, which is a shame.) Here too are the Xbox 360 originals, like Kameo: Elements of Power, Perfect Dark Zero, Viva Pinata and Jetpac Refuelled, all a bit underappreciated upon their original release but sure to find their fans now. I love that Perfect Dark Zero includes a bot multiplayer mode; I wish more games did. From the fact that I’ve written quite a lot of review without saying a great deal about any of the individual games, and not even mentioning half of them, you can tell what a huge package this is. I’ve barely scratched the surface, both here and while playing it. I haven’t yet mentioned the special features that can be unlocked, or the snapshots that let you play strangely altered versions of those classic Spectrum games (Underworlde without the creatures!), the ten thousand gamer points (there is an achievement just for playing most of the games!), or the price: amazingly, it costs just twenty pounds. Rare Replay is an essential purchase for Xbox One owners, and goes a long way towards making the Xbox One an essential purchase too. It’s an instant games collection, and they are some of the best games ever made. Stephen Theaker ***** 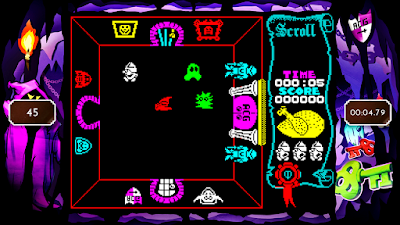