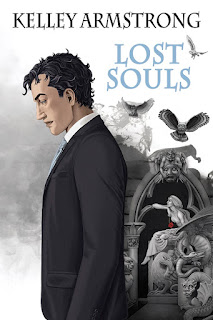 Gabriel Walsh is a thirty-year-old defence attorney who would be feeling bored if he wasn’t so down in the dumps. He finds his day-to-day work rather too easy, and about a month ago he had a row with a key employee, his firm’s investigator, Olivia. What’s more, she is also his chief crush, they both have fae blood, and they had recently discovered a big secret about their joint destiny. Gabriel hasn’t yet discovered that the handsome hobgoblin hanging around his office is actually his father, but the old, old man is looking out for him all the same, and brings a potential case to Gabriel’s attention in hopes that it’ll be enough to tempt Olivia back onto the team. A horny middle-aged guy picked up a dripping wet braless hitchhiker in the middle of the night, and she led him deep into the countryside before disappearing. It sounds like an over-familiar scenario to the two investigators, an urban legend doing the rounds for the umpteenth time, but it becomes a bit more serious when they realise that people have been dying. This was a fairly enjoyable novella, a part of the author’s Cainsville series. A Goodreads user asked whether people who hadn’t read the other books in the series would be able to follow it, and my answer was that I think they can, because it sets out the background very clearly. However, new readers may not care very much about it, because it does for the most part read like an extended epilogue to (and recovery from) the previous story, with the investigation only really beginning in earnest about two-thirds through the short book. Gabriel and Olivia are a good romantic pair, well-suited and both with enough jagged edges to make their reluctance to get together believable. Stephen Theaker ***
Posted by Stephen Theaker