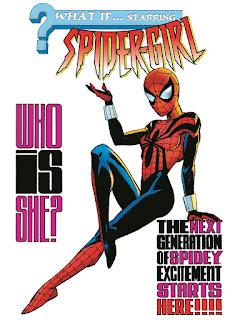 Here are Stephen's answers to the less urgent questions that the world has been asking this week. Feel free to supply your own answers in the comments!

You've been given the power to instantly greenlight any sequel you want… What are you choosing? – Fandom

So many to choose from. Bacurau 2. Annie Hall 2. Blade 4. Tron 3. John Carter 2. Riddick 4. Charlie's Angels 3. Assassin's Creed 2. The Thing (2021), which would be a sequel to both The Thing (1982) and The Thing (2011). But, if I could only pick one, it would be Spider-Girl, as a sequel to the Sam Raimi Spider-Man trilogy, with Tobey Maguire and Kirsten Dunst returning as Peter Parker and Mary Jane.

How often would you say you fall asleep while reading? – A Facebook user

Reading Washington Square by Henry James I fell asleep every forty pages, on the dot. It was bizarre. During the daytime, didn't dislike the book, it just made me sleepy! And if I'm listening to an audiobook and not doing anything else I'll be asleep within ten minutes.

Pick up the book nearest to you. Add 'Harry Potter and' as a prefix to the title of the book. – Various Jams

Harry Potter and Why Women Are Blamed for Everything. Seems quite appropriate! Really was the nearest book to me – still on my desk after opening the parcel and reading the prelims. Runner-up would be Harry Potter and the New Oxford Dictionary for Writers & Editors.

Describe your own novel in as boring a way as possible. – Nikesh Shukla

The one I'm currently writing: an assistant realises that his boss is still alive. Rolnikov the God, coming to TQF in about three years time at our current rate of publishing my novels!

If you could genetically weaponise one part of yourself (Hanna-style), what skill would you pick? – Amazon Prime Video UK

I would want the power of Batroc the Leaper, to jump on things very hard. I have an idea for a more original superpower, but that one is staying in my file of story ideas.

Can you describe your favourite movie as boring as possible? – Romina

A dog gets sick at night-time.

Are you the same person in real life as you are on Twitter? – Super Mark

I would have said yes about myself, more or less, but then I created a private Twitter account for making review notes and the contrast made it obvious how polite (relatively) I am on Twitter about the stuff I don't like.

Shall we do our first official #TrueReadingName since reopening? Using your current book: AUTHOR'S SURNAME, followed by FIRST WORD OF THE TITLE (ignore 'the', 'a' etc). – Waterstones Swansea

Dworkin Pornography? I think not. Far too disrespectful! It's a good book, though.