The Violent Century by Lavie Tidhar / review by Tim Atkinson 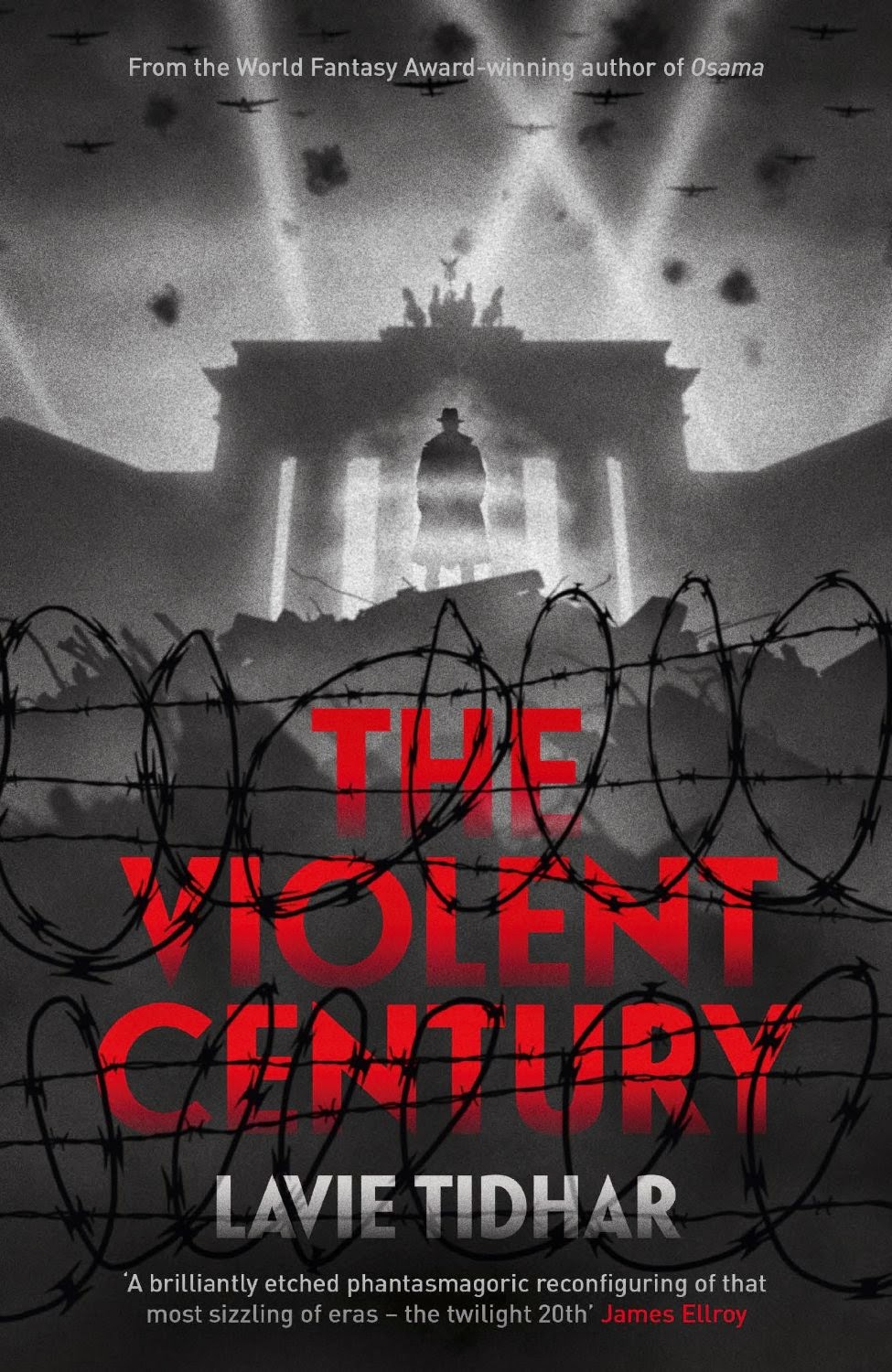 What’s the point of a text-only graphic novel?

I’ve enjoyed a few superhero stories in recent years – Austin Grossman’s Soon I Will Be Invincible being a good example. Yet I find they share a common problem: they try to tell the Pop Art tales of their greatest influences with solid but conservative prose. Competing with comics on comics’ terms, they’re always bound to pull up short.

And this is speculative fiction we’re talking about here – chock full of mind-melting ideas and techniques half-inched from serious literature, underway well before Superman was a twinkle in Jerry Siegel and Joe Shuster’s eyes.

A good superhero novel should then draw strength from the novelistic tradition at least as much as from its forebears in the funny papers. Lavie Tidhar’s The Violent Century goes at least some way towards demonstrating this point.

Central to the novel is the idea that, while American costumed crime-fighters, Nazi Ubermenschen and Soviet champions of the proletariat clashed in public, Britain trained its special talents instead as secret agents and players in the great game of espionage.

As the novel opens in the present, Fogg, a telekinetic British operative long since retired, is recalled by an old comrade for one final debrief on an unresolved matter dating back to the end of WW2. His interrogation frames stories of adventure, horror, love and collusion across enemy lines from the past – each revealing more of the real reason for his summons.

Since it draws on war stories and Cold War thrillers more than it does Marvel and DC, The Violent Century sidesteps the anxiety of influence affecting previous superhero novels. Despite a few sly references to Stan Lee and Siegel and Shuster, it’s confidently its own work.

While reading the novel is an intensely visual experience, the movie in your head is less Avengers Assemble, more Inglourious Basterds. Tidhar shows himself to be master of the tone needed, writing vignette after vignette from the battlefields of Europe.

Using the tropes of spy novels also allows an altogether more pessimistic take on the uses and abuses of power than you’d normally find in a four-colour universe. As you might expect, Fogg and his fellow British spies owe more to George Smiley than to Nick Fury, but the costumed heroes with which they coexist are not one whit less morally compromised.

Beating the Nazis and the Soviets – the book suggests – comes at the cost of gradually sacrificing one’s own principles.

Does The Violent Century make the case for the superhero novel as something with real merit in its own right? For me, it’s a resounding maybe; since the book makes most sense as a stylistic exercise, a playful what-if, rather than something with serious intent behind it, in practice it lends support to either view.

Yet while it might not be the return favour that superhero comics still owes literature for Watchmen, it is fun, fast and deeply atmospheric. I’m glad that The Violent Century exists as a novel, rather than being confined to panels and speech bubbles.

And that, at least, is progress.
Posted by Stephen Theaker