Things making me happy in January 2015 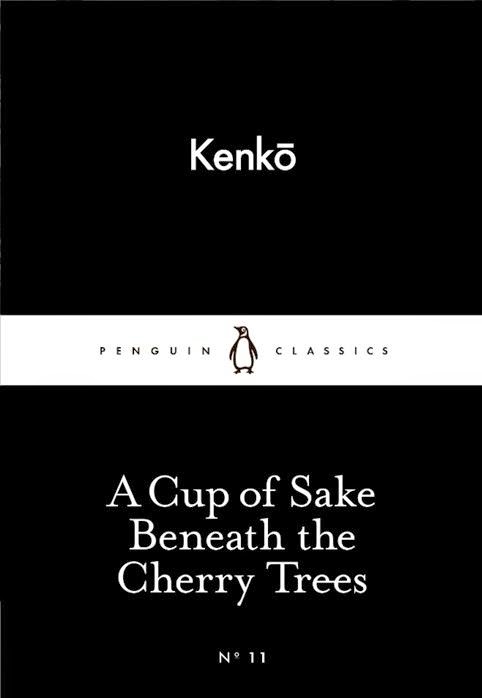 A few small things that are currently making me happy.

Penguin Little Black Books: I love small books. I only read about twenty to thirty full length books a year, so the little Penguin books of the past have let me try a much wider range of authors that I would otherwise have got around to. And Penguin are about to do a new series of eighty-page classics for 80p each. I’m going to buy them all, no doubt about that. The only question is whether to buy the print copies, or the slightly cheaper ebooks, or to wait for April for the box set.

The return of Psych: I also love Psych, the US show about an extremely sharp-eyed doofus who pretends to be a psychic to help the police and his long-suffering best friend. The eighth season is at last being shown on UK TV. At some point this’ll be picked up for daytime BBC1 and become the hit it should have been, but for now it’s on Universal at 7pm on Sunday nights.

Betty White’s birthday flashmob: To celebrate Betty White’s 93rd birthday the cast and crew and staff of Hot in Cleveland threw her a flashmob. That’s another show that seems to have made no impact at all in the UK, but at its best it’s among the funniest programmes on television. The kind of spirit and affection you can see in the flashmob video are there in the programme too.

Our new living room table: It may sound daft, but having a big round table in our living room has been making me very happy. I resisted it for many years, but on Boxing Day Mrs Theaker gave me bacon butties for lunch and ginger beer all afternoon, and we watched The Expendables 3, You Only Live Twice and Dawn of the Planet of the Apes, and I was ready to buy anything she wanted. In the end, I love it. It’s great having somewhere I can sit and comfortably write, without going to a different room or turning my back on the children.

The Hemingwrite has been fully funded: Still on writing, I backed the Hemingwrite on Kickstarter, the first thing I’ve ever backed on there. Perhaps I should have started with something a bit cheaper, but in this case I thought the risk was worth it. It’s a writing device with a proper keyboard, an e-ink screen, long battery life, and cloud backup. So, basically, an expensive upgrade to the Alphasmart which I still dust off every November. What it doesn’t have is cursor keys. It’s not going to let you move around in the text to add bits in or delete them. You can’t cut and paste. At first that put me off, and I assumed it was just down to the technical limitations of an e-ink screen. That is a factor, but the creators of the Hemingwrite have argued quite persuasively that this isn’t a replacement for your word processor, it’s more like your journal, somewhere that you just write and write without looking back. I find that very appealing. It’s how I write my novels each November. I wrote my first novel, Professor Challenger in Space, on a Sharp Fontwriter where the refresh rate was so slow that I might as well have been writing blind. When writing for long sessions on my PC, I unplug the mouse and put it away to stop myself straying from the text to other programs. Even writing reviews, more than once I’ve been stumped on a review with a deadline looming and then bashed out the basics of it in a single pomodoro splurge. So I’m really happy to have backed the Hemingwrite, I think it’ll really suit the way I work. It’s due to be delivered next September. I’m guessing they’ve chosen that date because a lot of people will, like me, be hoping to use it for next year’s Nanowrimo novel in November. Fingers crossed they come through. It’s going to be a long wait!

Markdown and Multimarkdown: One side-effect of backing the Hemingwrite is that I got interested in the possibilities of using markdown and multimarkdown, a simple way of marking up plain text writing so that formatting can be applied later. I’ve been using it for lots of stuff ever since, like writing blog posts and reviews, and compiling the email bulletins I produce at work and for the BFS. It makes it so easy to add hyperlinks and headings, but best of all it makes my writing totally independent of the apps and programs that I’m using to do the writing. I’m writing this particular blog post in the excellent iOS app Editorial, but I could just as easily be writing it in Notepad++, Word, Google Docs, Simplenote, Scrivener, the iOS Notes app or anything else, because I can copy and paste the text from one to another as necessary without losing or messing up the formatting. To turn the plain text into neat html I use the compile mmd to html option in Scrivener.

The Logitech k480 keyboard: This darling device has a dial that lets you switch between three attached devices, and buttons for connecting to new ones, which is such an improvement on the last Bluetooth keyboard I had: the Apple one, that wouldn’t connect to anything new unless everything else it had ever connected to was entirely switched off. Plus the k480 has a brilliant groove for holding tablets or phones in place. It’s given a new lease of life to my series one iPad, and made writing on other devices much, much easier. Recommended.

And that is what’s making me happy this month.
Posted by Stephen Theaker

Email ThisBlogThis!Share to TwitterShare to FacebookShare to Pinterest
Labels: Things making me happy