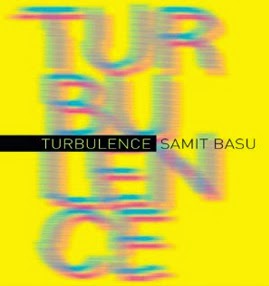 Turbulence by Samit Basu (digital audiobook, Audible Ltd, 10 hrs 18 mins) is read by Ramon Tikaram, so, of course, having theoretically appeared in one of his sister’s music videos I was well disposed towards it from the off.

Vir Singh, a young Indian pilot, has acquired super-powers, and as the novel begins we meet him flying through the air on his way to interfere with Pakistan’s nuclear weapons programme. He is not the only one with new powers. Everyone Uzma meets falls in love with her, and she hopes to parlay that into a film career. Aman, a young man who can interface directly with the internet; Narayan, a scientist who builds mad devices in his sleep; Tia, a duplicate-triplicate-infinite girl, and so on. (Apologies for any spelling mistakes – names are always tricky when reviewing an audiobook.) All must come together to fight Jai, a soldier who, like all the others, got exactly what he wanted, from whoever or whatever it was that gave them these powers: for Jai, that was to be the perfect soldier, powerful and indestructible.

Heroes feels like a big influence – of course Heroes borrowed its plots from a hundred different comic books itself (the writers even talked about how little work they got done on new comics day!) – but it’s the approach that feels so similar. With an audiobook it can sometimes be hard to tell if it’s the tone of the book that’s odd, or the tone of the reading: here, the mood seems to change from sentence to sentence – serious, quirky, foreboding, fun – making it hard to get a sense of the novel. Ramon Tikaram doesn’t seem to be taking it entirely seriously. The result is that, at least in audio form, it felt more cheesy blockbuster than serious science fiction. It’s okay, but still a bit of a disappointment.  ***
Posted by Stephen Theaker