Zenith: Phase One by Grant Morrison and Steve Yeowell / review by Stephen Theaker 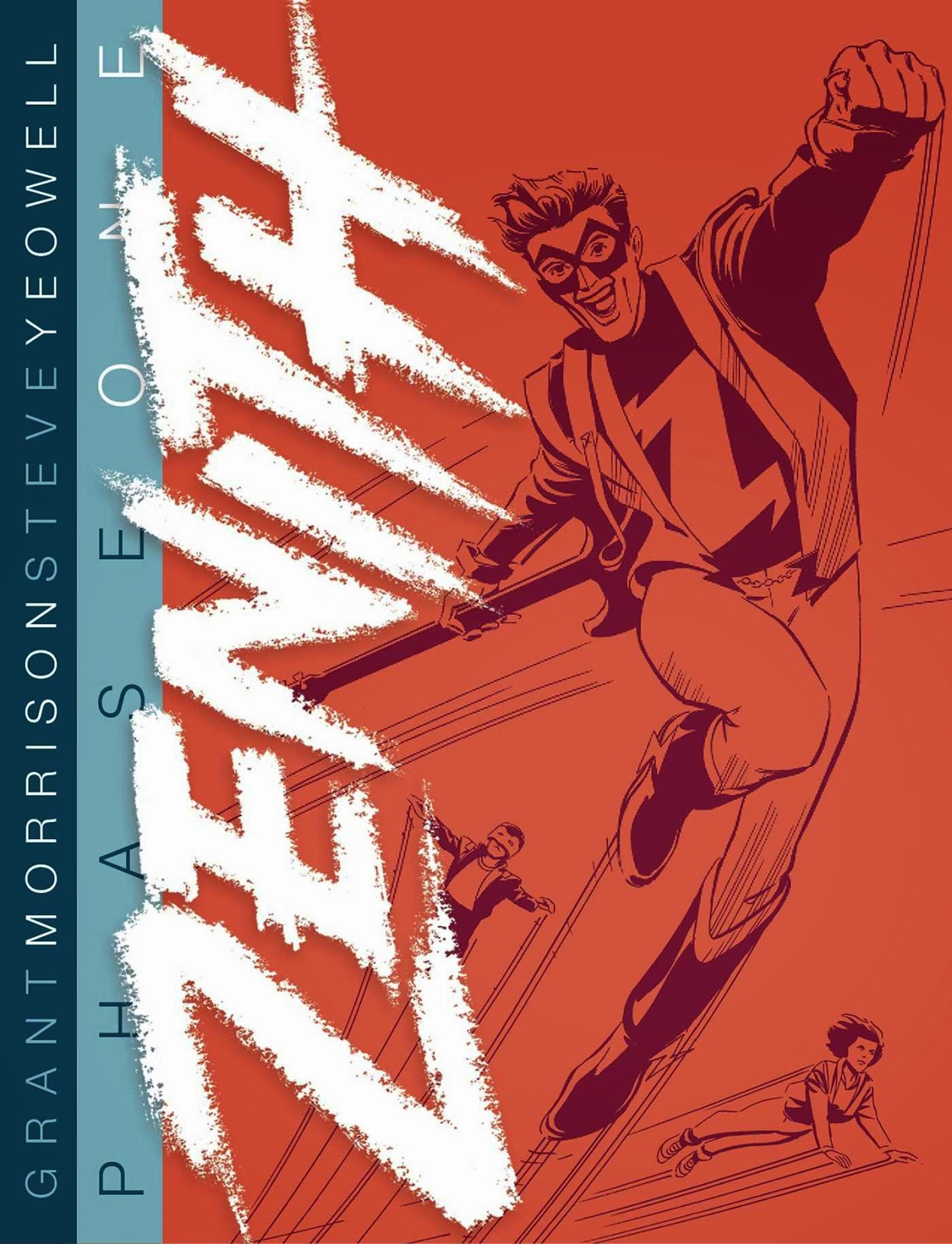 1987. Zenith is a pop star superhero who has never bothered learning to fight; there are no super-villains, so why bother? His closest friend seems to be his agent, and his power levels are determined by his biorhythms, so they are careful to schedule public appearances for the right time of the month. The only cloud in his bright blue sky is that he doesn’t know what happened to his parents, Dr Beat and White Heat.

Or at least it was the only cloud, until the return of Masterman, the Nazi superman last seen when the US dropped an atomic bomb on Berlin in 1944. Turns out he wasn’t so much a superman as the vessel for a dark god come down from overspace, and the Order of the Black Sun have now prepared a new, even more powerful body for it. Zenith will need the help of what’s left of the last generation of superheroes to survive the coming battle.

This comics collection was previously published by Titan in the eighties but Zenith, like his close cousin Miracleman, then went out of print for a long time, there being questions over rights and ownership. That made it one of the few Grant Morrison stories that I hadn’t yet read in full, and I appreciate it being available even while hoping no one’s rights are being trampled. In the context of his career it can be seen as leading neatly into both the superhero work and the weirder stuff.

Steve Yeowell’s art is mostly in black and white, as was usual for 2000AD at the time this story appeared (progs 535 to 550), though one significant page towards the end appears in full colour to excellent effect. It’s not quite as good as his later art, but it tells the story well and excels when portraying the more otherworldly elements, like the creatures from beyond and the hallucinations of hero hippie turned Tory cabinet member Mandala. ***
Posted by Stephen Theaker