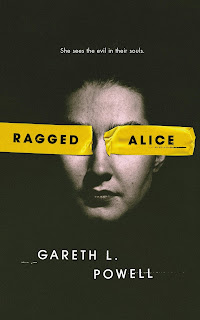 It would be an exaggeration to state that Tor.com rescued the novella as a literary form in the twenty-first century, but that form certainly appeared to be in an irreversible decline by the end of the last century and Tor.com’s series of speculative fiction novellas has made it a commercially-viable option for authors again.  The revival of the novella (and, to a much lesser extent, the short story) may also be a consequence of the shift from hard copy to hard and digital copy over the last two decades, however, as the chunky – and often clunky – ‘airport’ novel seems to be as popular as ever.  Notwithstanding, Tor.com deserve credit where it is due and the renaissance in which they have at the very least played a significant part has been achieved in the simplest and most effective way possible, by publishing great novellas.  In the last four years alone, these have included: Victor Lavalle’s The Ballad of Black Tom (2016, reviewed in TQF here), Cassandra Khaw’s Hammers on Bone (2016) and A Song for Quiet (2017, TQF review here), David Tallerman’s Patchwerk (2016, TQF review here), and Caitlín R. Kiernan’s Tinfoil Dossier (2017–2020) series.  Personally, I couldn’t be more pleased about this.  If one follows Stephen King’s definition, the novella as a narrative of between twenty and eighty thousand words, it is my preferred form for most genre fiction.  It not only suits speculative fiction, but crime fiction too and almost all of Agatha Christie’s ‘novels’ as well as all four Sherlock Holmes ‘long’ stories were in fact novellas.  This review is of a particular combination of the two, an outstanding occult detective story that fits the novella form with pleasing perfection.

Holly Craig left Pontyrhudd, a small fictional town on the south-west coast of Wales, for London fifteen years ago, after she nearly drowned in a river at the scene of her mother’s unsolved murder seventeen years before.  Holly’s near-death experience coincided with her discovery of a supernatural gift, her ability to see the good and evil of people’s souls in the same way that other people see light and dark.  She refers to the object of this sense as ‘souls’ only because she cannot find a more appropriate secular term.  ‘Selves’ might be closer, but her description of it as ‘a talent for picking up on a person’s shame and remorse’ is probably the best, although it fails to do justice to the full extent of her extrasensory powers of perception.  When psychiatrists and counsellors failed to ease the burden of the gift, Holly discovered that exhaustion and whisky were the only things that could provide relief and has been working and drinking to excess ever since.  The longest explanation of the gift is only a single page and this is in keeping with Gareth Powell’s crisp, economical style of writing.  He makes use of the minimum number of words required to drive the plot forward and no more, just enough to prompt the reader’s imagination before moving quickly to the next character, setting, or action.  Powell has an enviable affinity for evoking a rich combination of sensory, affective, imaginative, and intellective experiences with a single phrase, for example: ‘pub regulars with roll-ups dangling from faces hacked out of boiled ham’; her ‘hands looked like sausage skins filled with walnuts’; and his ‘beard was the speckled colour of a badger’s ass’.  Motivated by her mother’s murder, Holly joined the Metropolitan Police Service, specialised as a detective, and rose quickly through the ranks, reaching detective chief inspector by the age of twenty-seven.  The suggestion is that this career trajectory is courtesy of her analytical mind and relentless work ethic, but the gift couldn’t have done it any harm either.  Following an incident at a school where she was unable to prevent a multiple murder, Holly left the city for Dyfed-Powys Police, the largely rural force that covers central and south-west Wales.  No sooner is she back in country – before she can even unpack her bags or visit her late grandfather’s house – than she is leading another murder inquiry.

A young, local woman named Lisa has been run over by a car and killed and Holly is the only police officer to recognise that the evidence points to murder rather than manslaughter.  With the exception of Detective Sergeant Scott Fowler, she finds her squad of officers severely lacking in both experience and expertise, placing the burden of responsibility for solving the case firmly on her shoulders.  One of the many aspects of the narrative that I loved was the way in which the plot begins with a case that is like the vast majority of murder investigations handled by the police, contrary to what we are used to seeing on television or reading in crime fiction.  The murder has been planned poorly, the suspect – Lisa’s boyfriend, Daryl – is obvious, and the focus quickly shifts from mystery to manhunt.  When Daryl is found, he is not only dead but has been murdered in the same bizarre, ritualistic manner as Holly’s mother three decades ago.  At this point the plot takes a more sinister and more complex turn, the already brisk pace picking up with a second ritual murder.  Holly and Scott identify a single suspect that is connected to all three of the deceased and the possibilities once again appear to be narrowing in her favour.  There is an attempt on her life on her way back from police headquarters at Carmarthen and when she is discharged from hospital hobbling on a crutch she is told that there has been a third ritual murder – of that very suspect.  Holly and Scott decide that the murderer must either be a jealous spouse or someone connected to her mother’s death and, for the first time in her life, she begins to seek answers to the latter.  Her mother, known locally as ‘Ragged Alice’, has passed into local lore as a ghost who haunts the riverbank where her body was found and when Holly identifies a suspect with links to past and present, he disappears.  There is a danger that the narrative is going to tip from the thrilling to the ludicrous at this stage – there have been four murders in as many days and the novella is just over the halfway point – but Powell avoids this with great skill, maintaining the suspense of the second half with clever detection rather than gratuitous corpses.

My only criticism, which is minor, is that while the dénouement is both compelling and plausible, the narrative does not offer any clues to it.  In other words, Powell deprives his readers of the intriguing irritation of realising that had they only been a little more astute, they could have worked it out for themselves.  This lack detracts from Ragged Alice as a murder mystery, but Powell more than makes up for this failing with a setting that combines the eerie and chilling with the everyday and commonplace in an entirely convincing manner.  His conclusion, too, is very satisfying indeed, leaving one with the sense that the novella ceases at precisely the right place and that this destination has been inevitable from the very first page.  These days it is rare that I pick up a book that hasn’t been recommended to me or whose author I am unfamiliar with and am nonetheless immediately and relentlessly gripped by the narrative.  Ragged Alice is the first in a long time.  As such, I can honestly say that this novella was a total joy to read and I can’t recommend it enough to anyone who likes either horror, murder mysteries, or combinations of the genres.