For day twenty of #bookaday we are asked to choose our favourite cover. So many to choose from! I love the cover of Vingt Mille Lieues Sous les Mers: 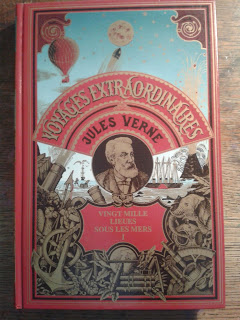 Although it loses a bit of glamour when you realise it’s used for all the other books in the Verne series too! 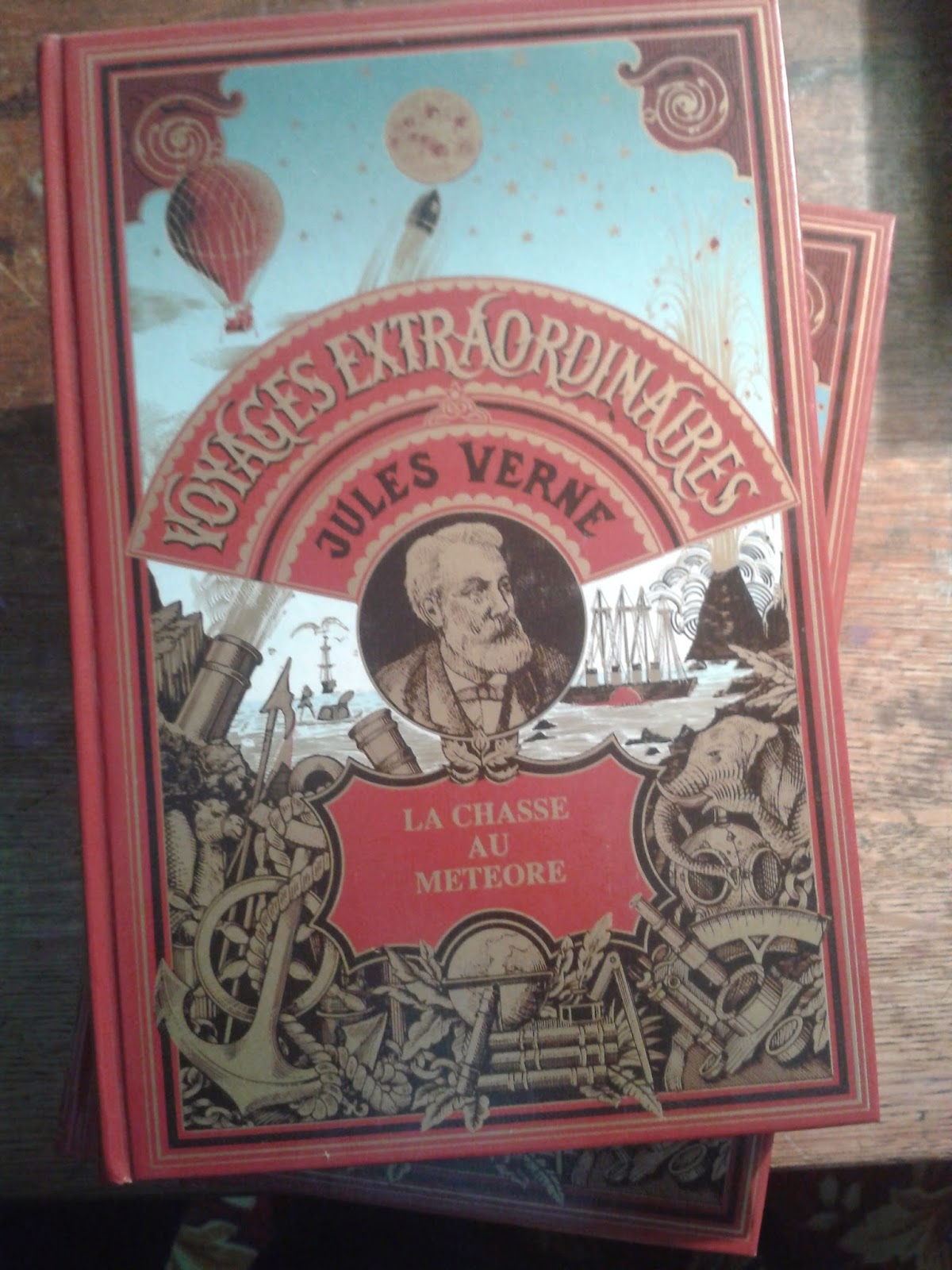 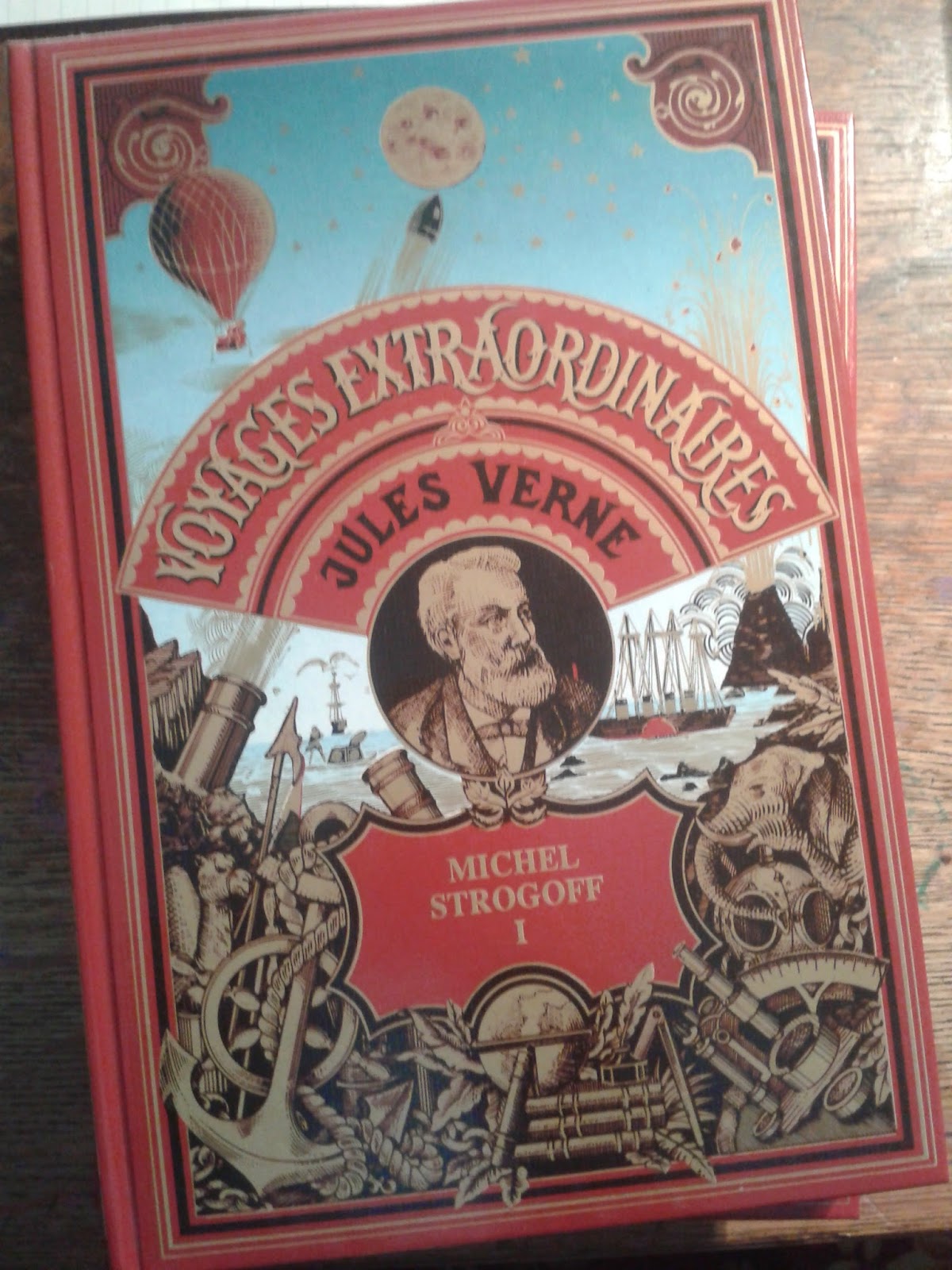 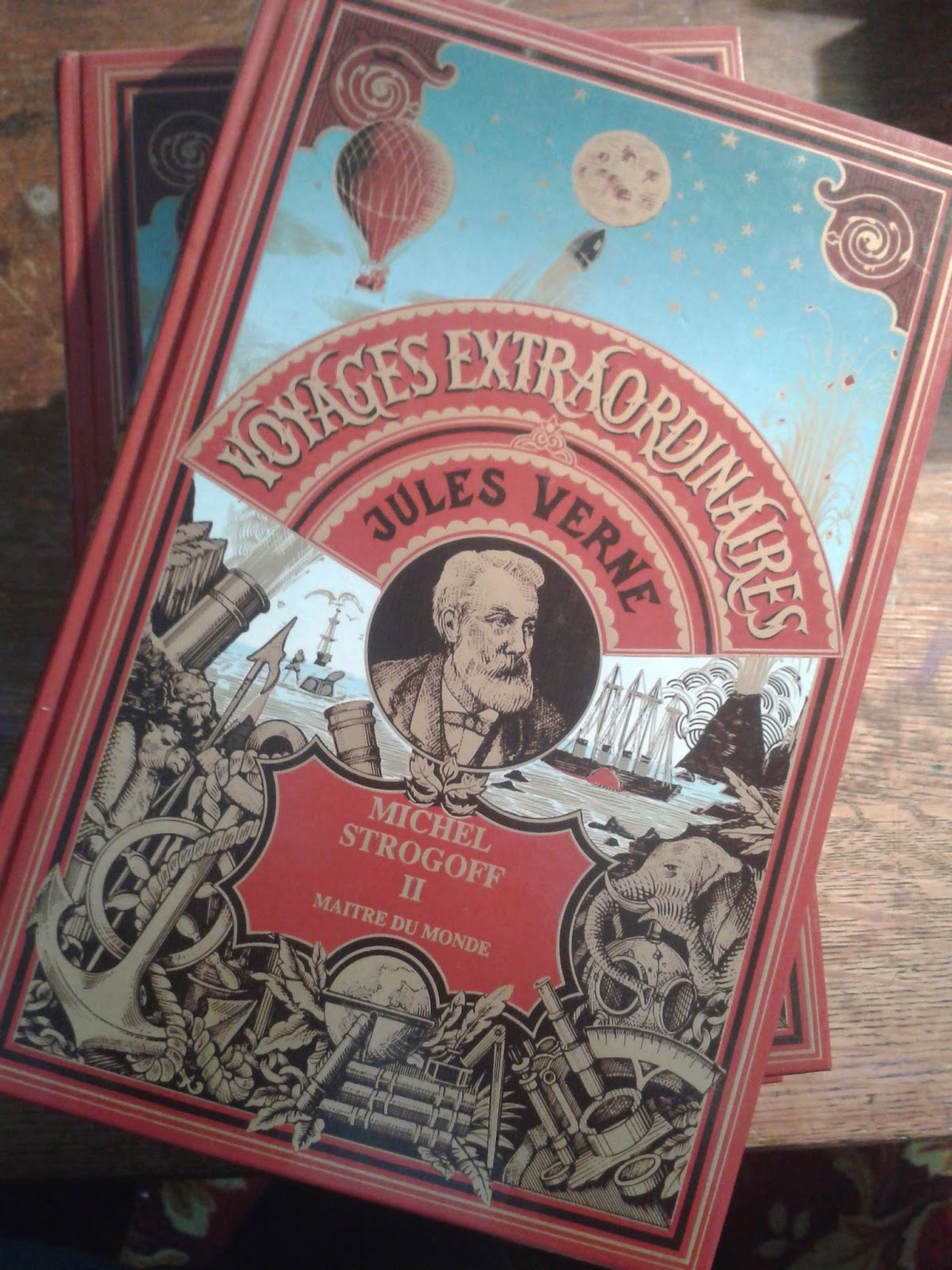 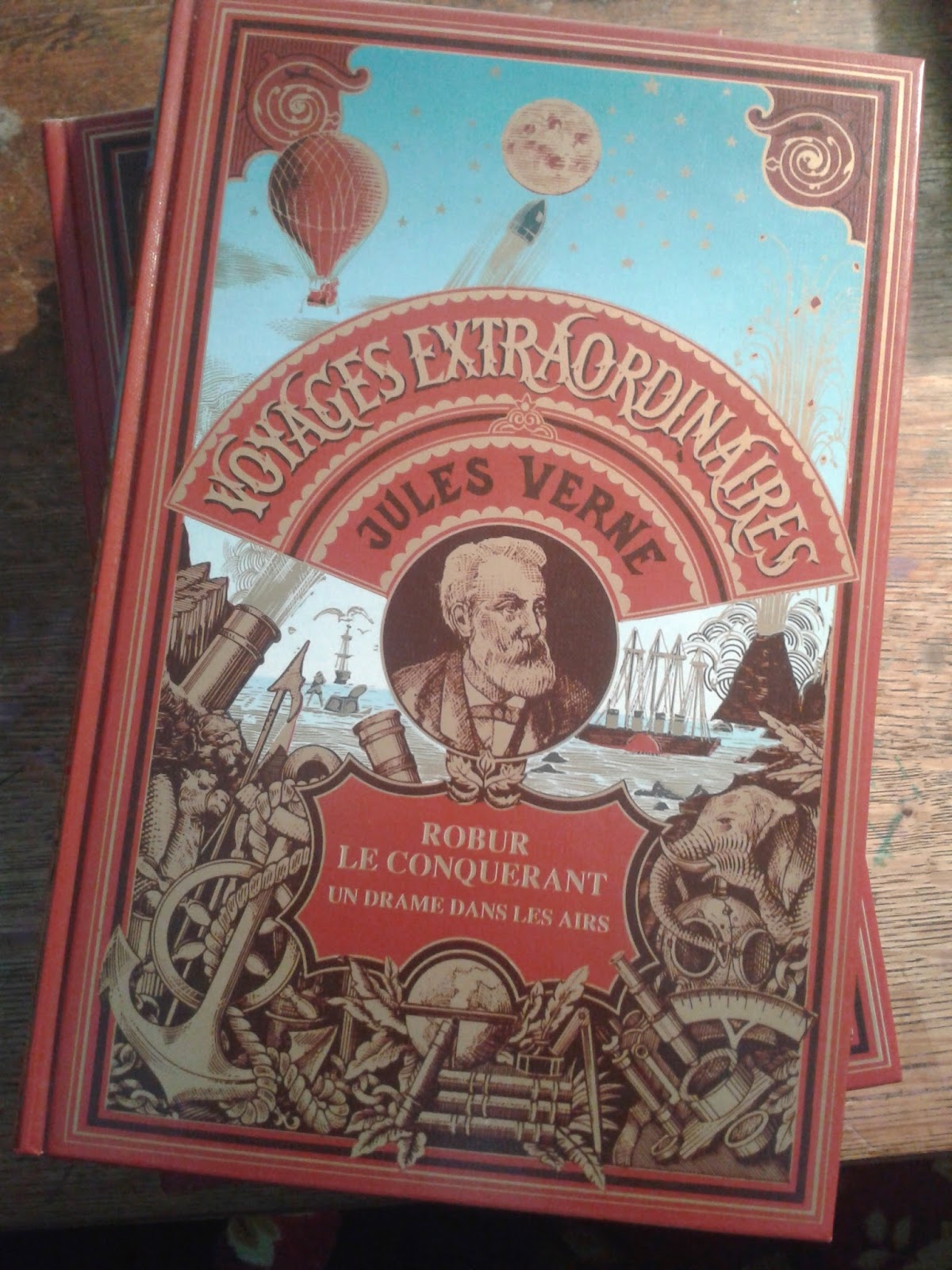 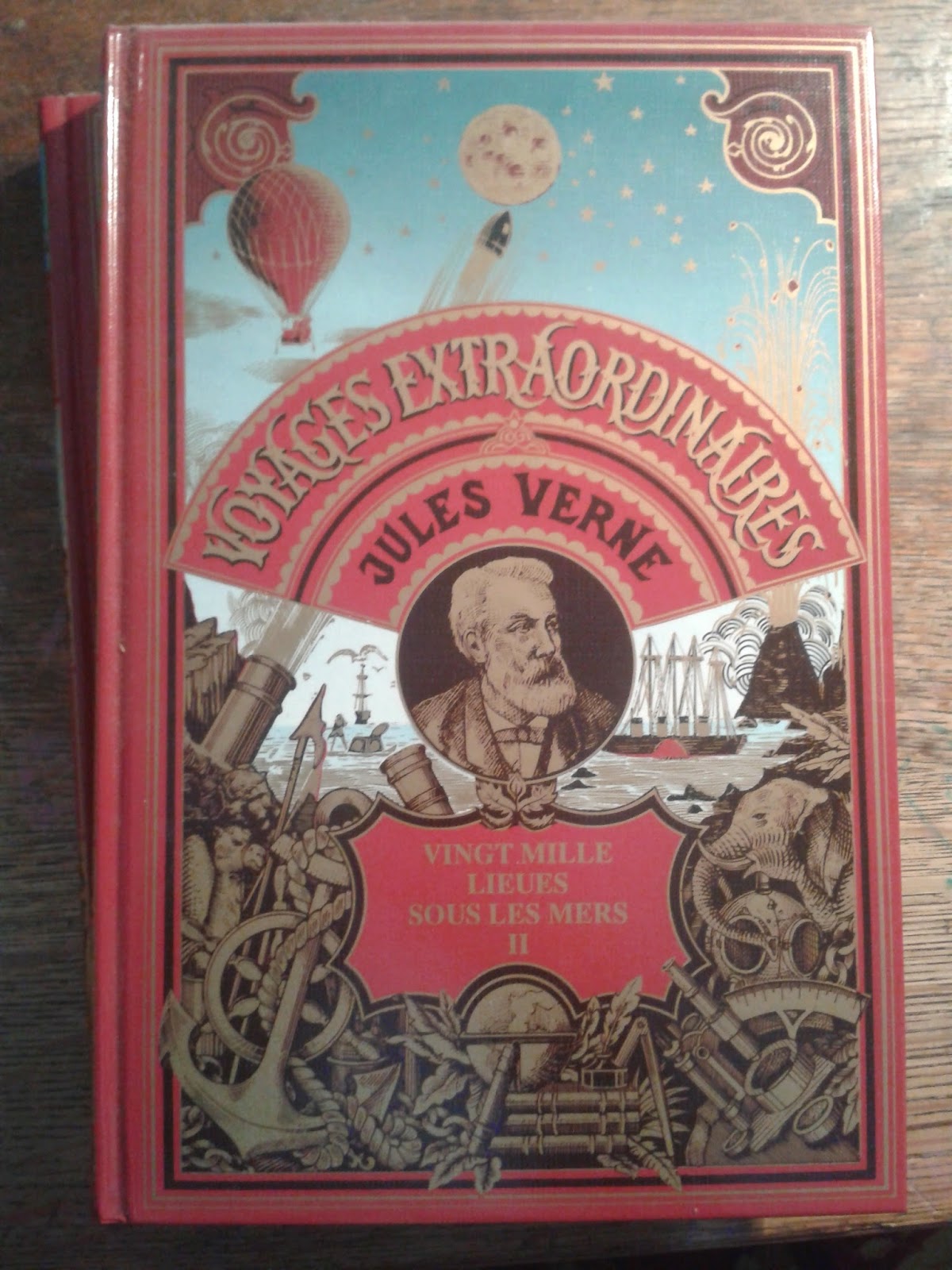 When I saw Patrick O’Brian’s Aubrey-Maturin series in a three for the price of two sale, I doubt I’d have bought the whole lot if the covers hadn’t been so terrific. The stunning artwork is by Geoff Hunt, but look too at the map details behind the titles, showing where each adventure takes place. 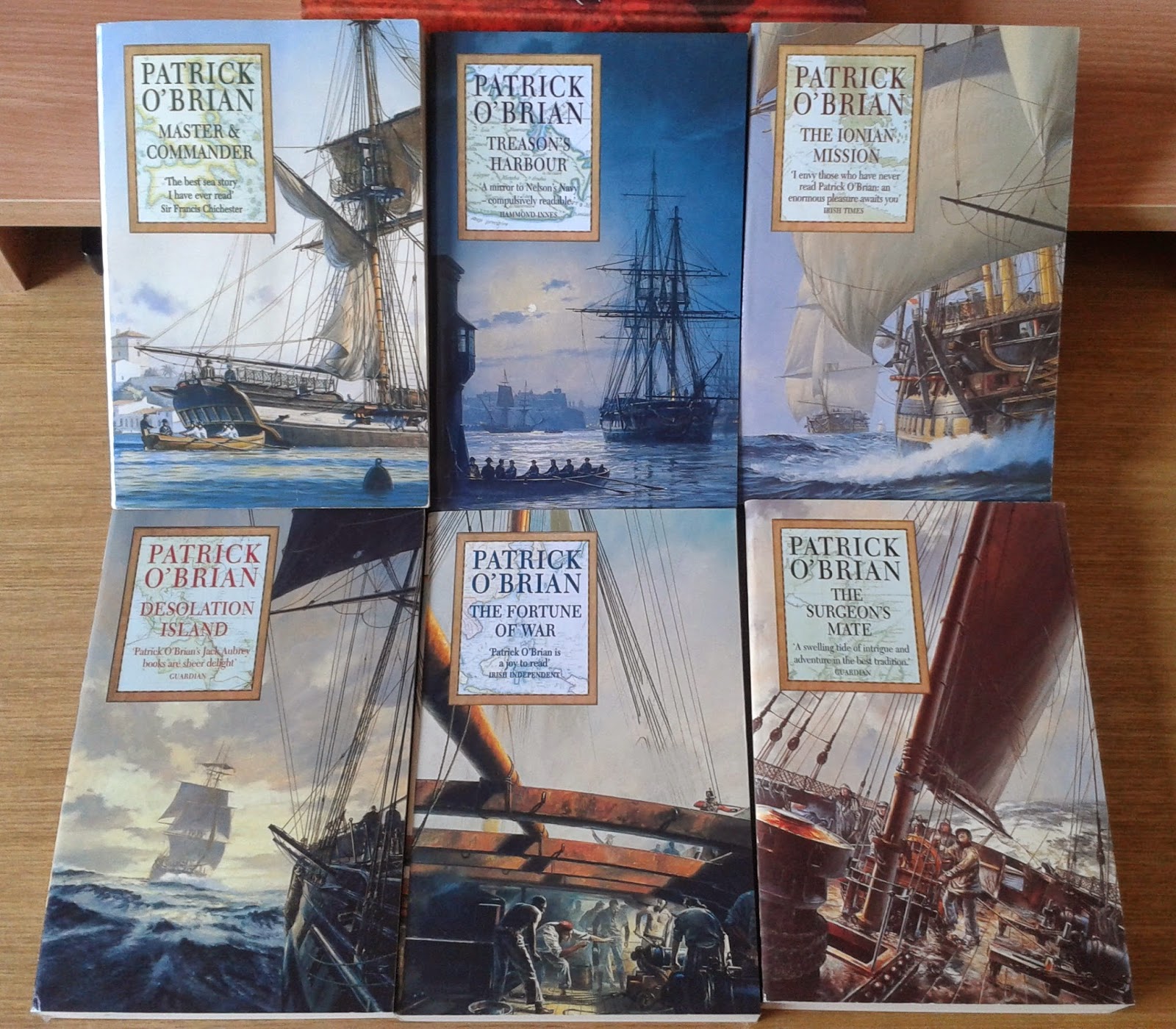 The artist (or artists) who produced these bizarre alien images for the New English Library isn’t credited, but I’ve probably spent more time looking at them than reading the actual books! 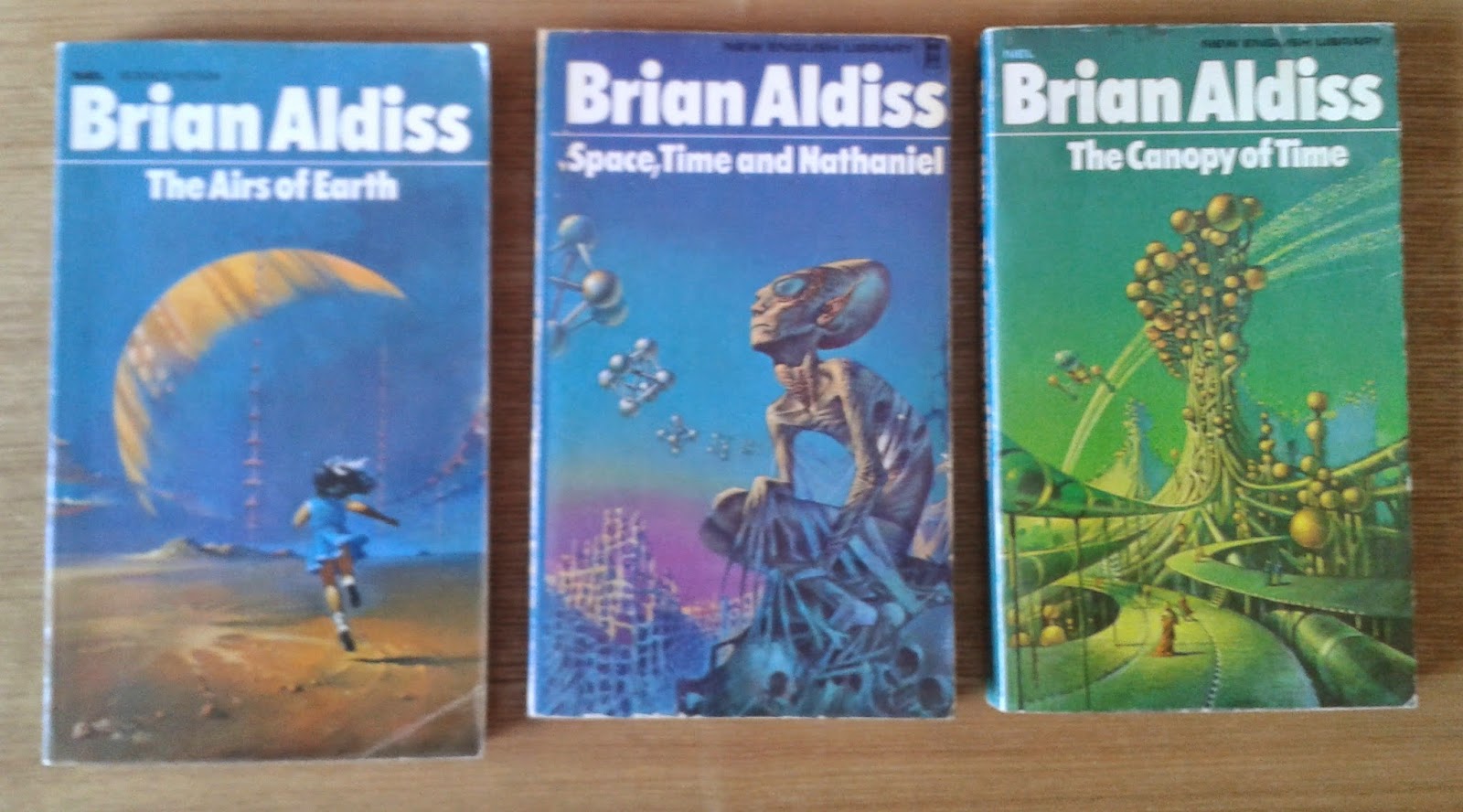 Covers aren’t just about the artwork. Books in the Corgi SF Collector’s Library were notable for the lovely bumpiness of their purple covers: 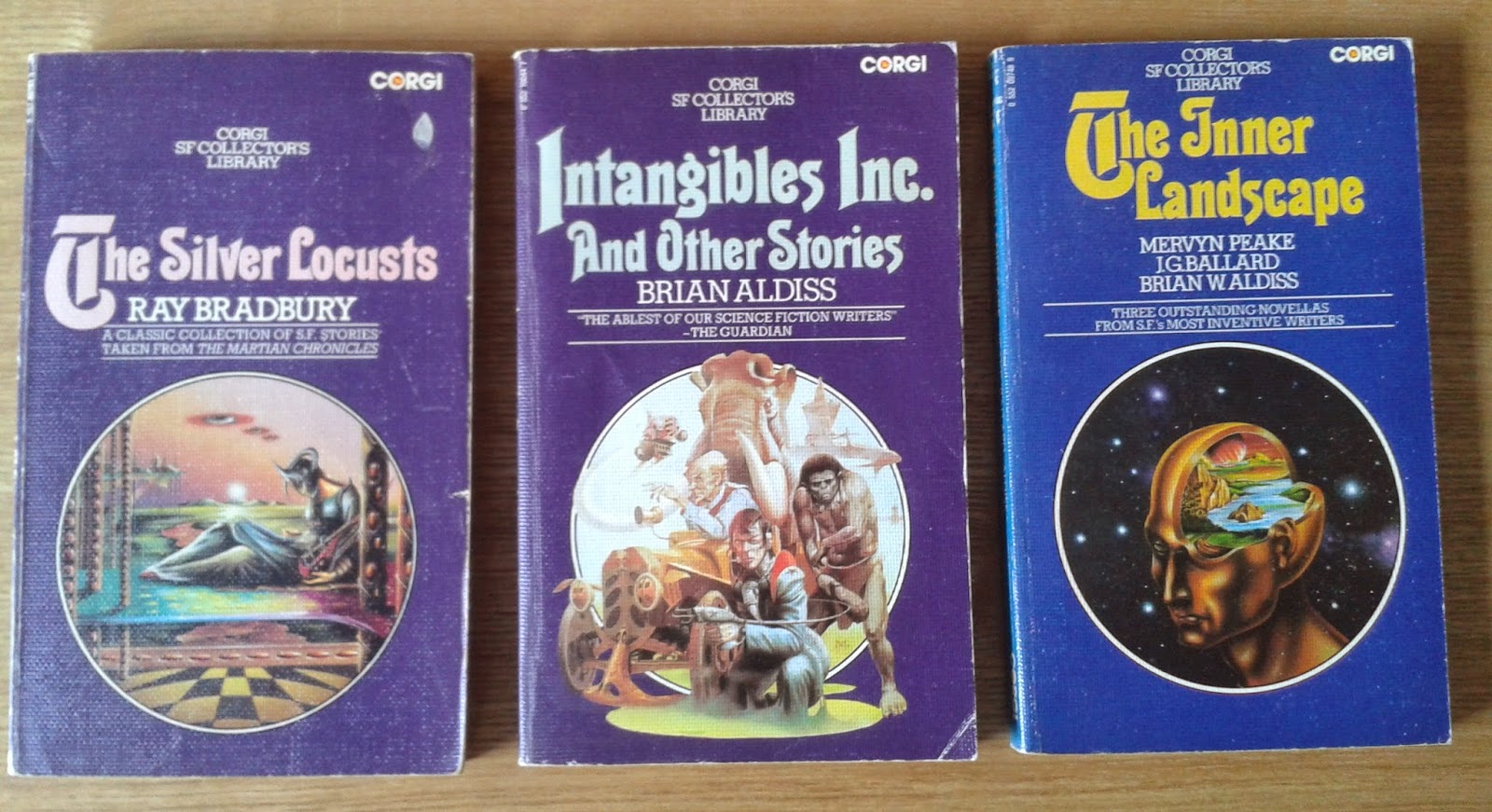 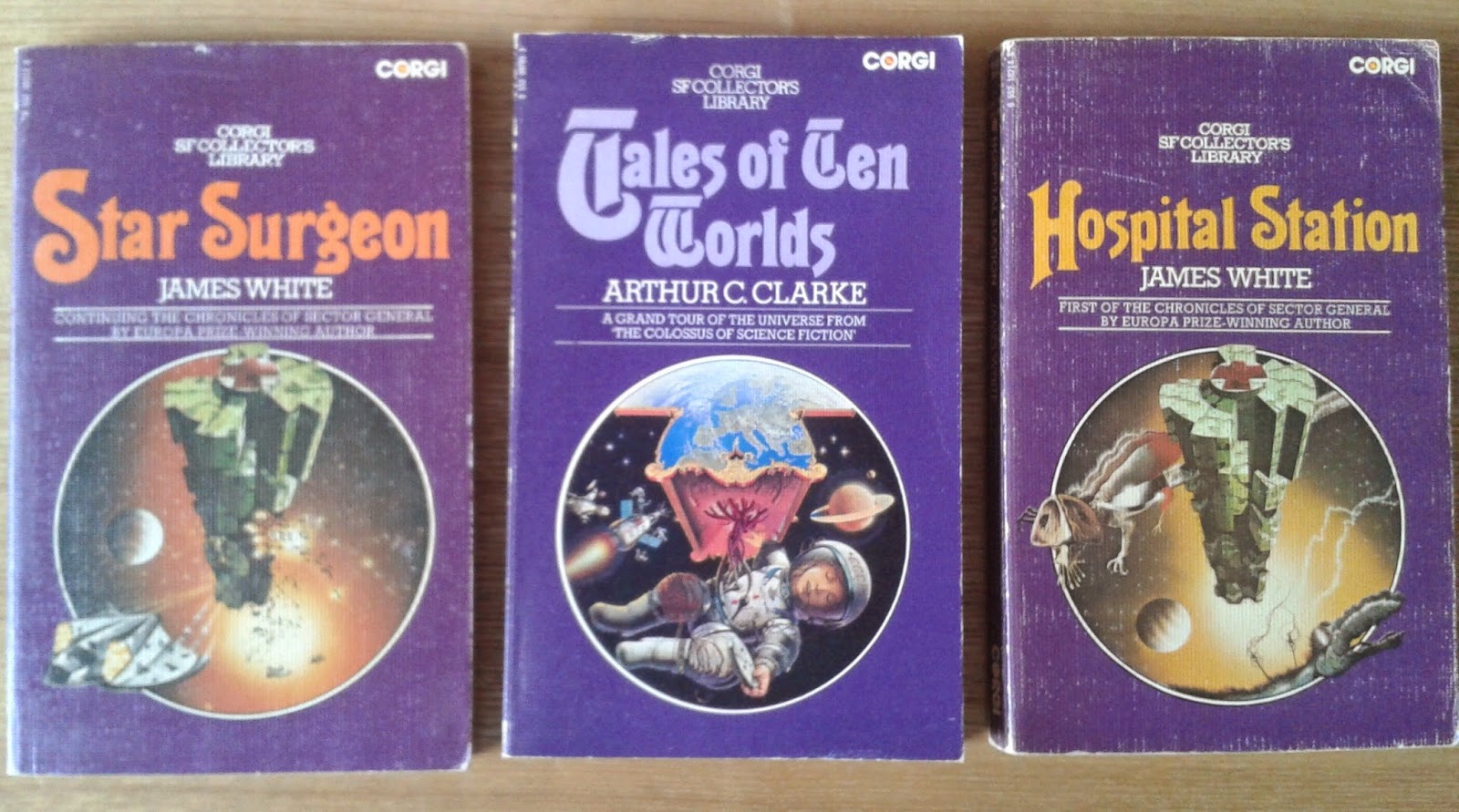 If we’re talking best covers, I have to give Chris Foss a mention – if I saw a book with his art on the cover when I was a teenager, I bought it. One of the first times I saw his work was on this Panther Science Fiction edition of Skylark DuQuesne. 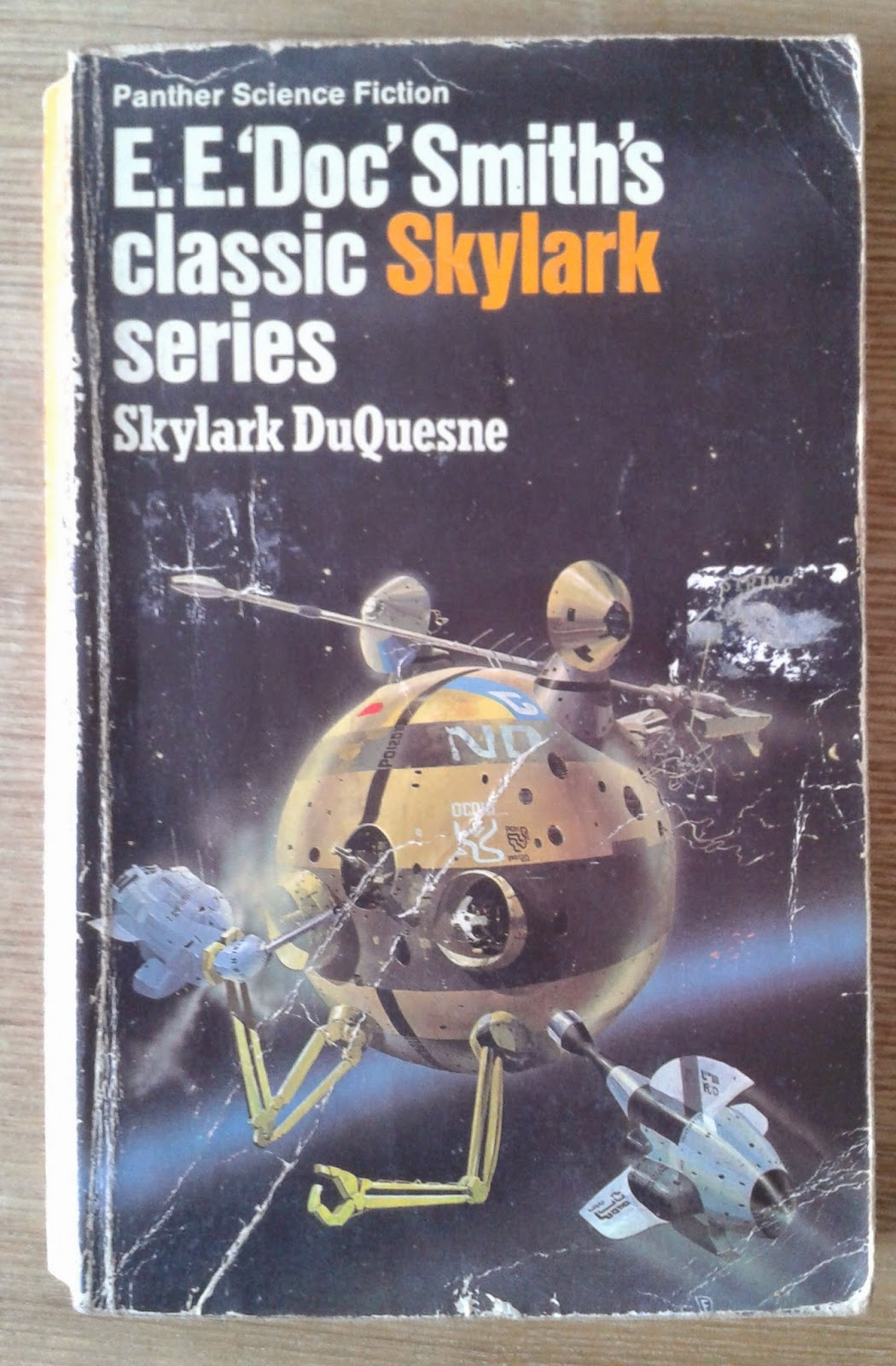 I doubt that this artwork was specially produced for The Stone God Awakens (the stone god in the book is a petrified human who wouldn't be able to turn his head to look at things until after waking up), but it always gave me a wonderful sense of otherness: 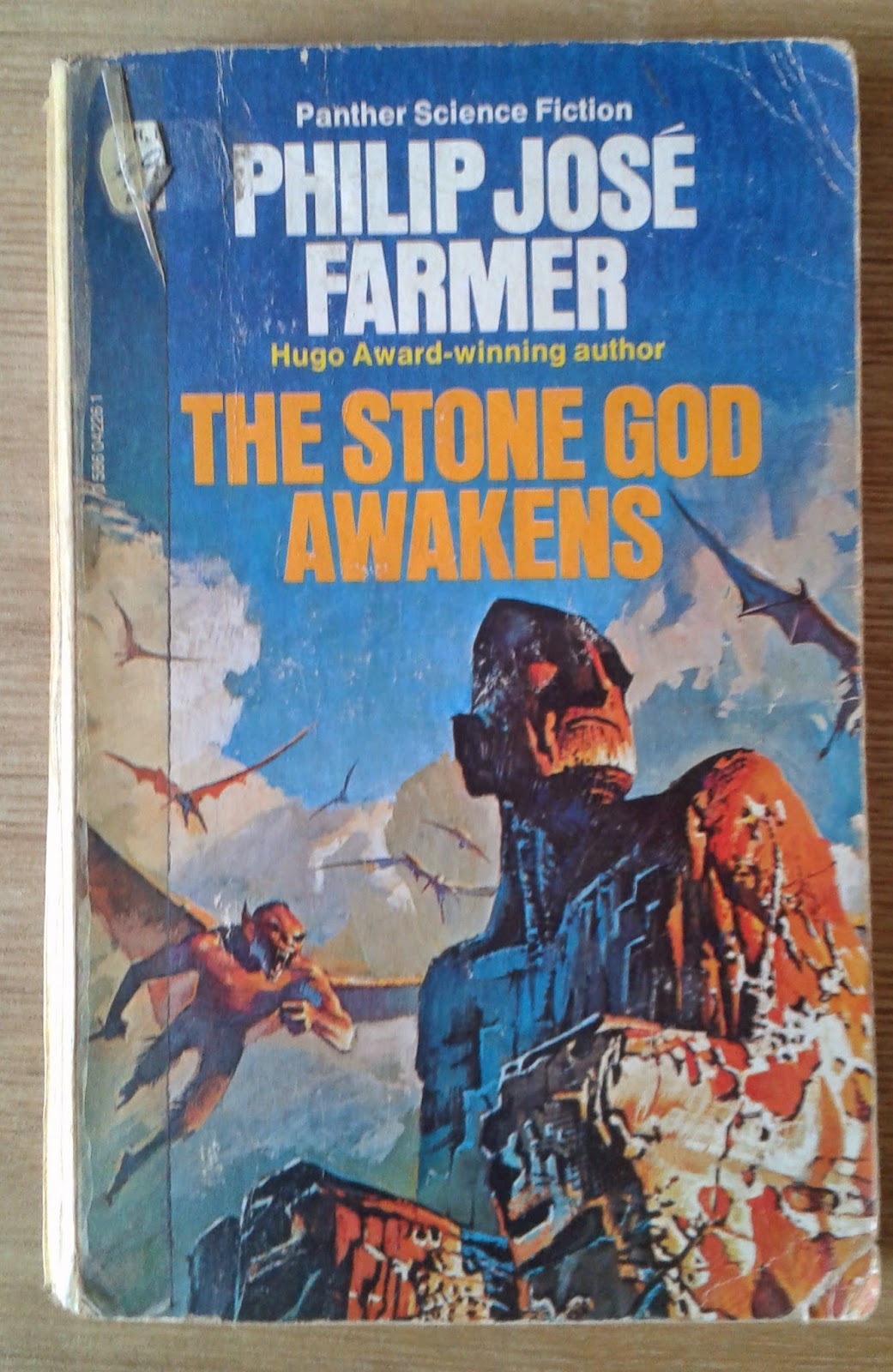 I could have gone for almost any issue of McSweeney’s. My current favourite is usually the one I bought most recently. Look at shiny blue #46! (Art and lettering by Sunra Thompson.) 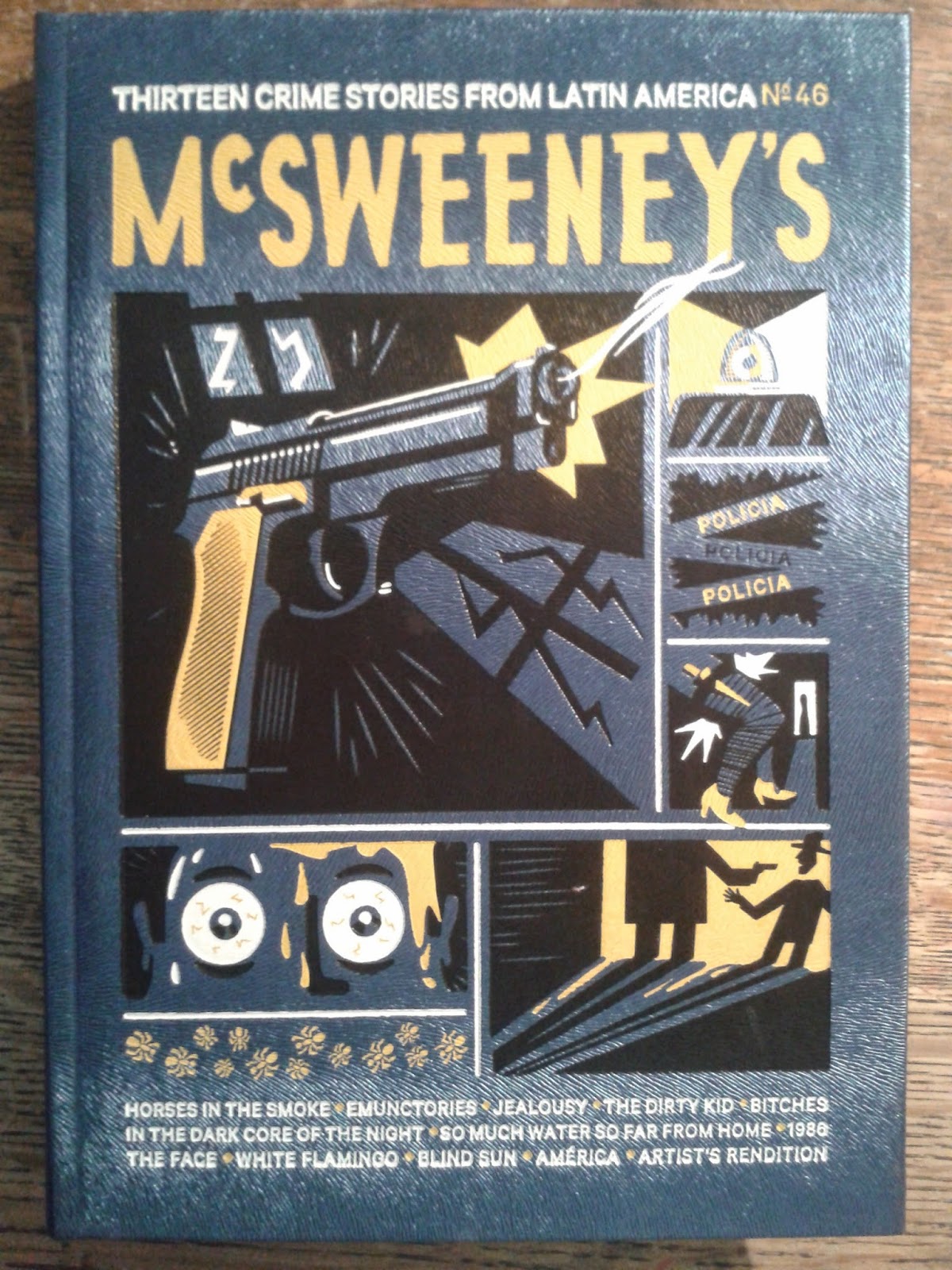 And here’s #45. Where else would you see Alfred Hitchcock and Ray Bradbury having a punch-up? (Art by Tavis Coburn.) 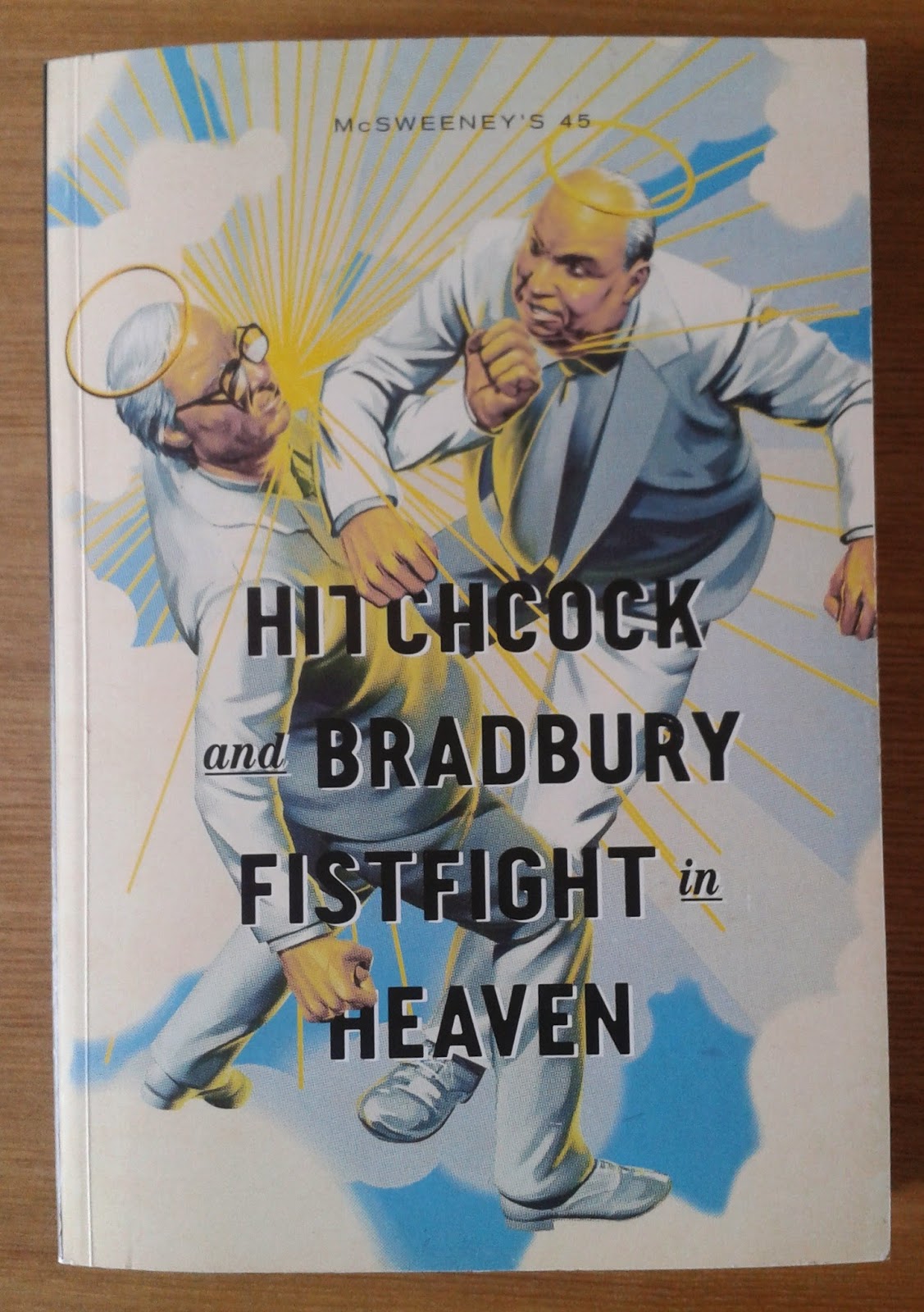 But my pick today is the cover of Babylon Steel by Gaie Sebold. 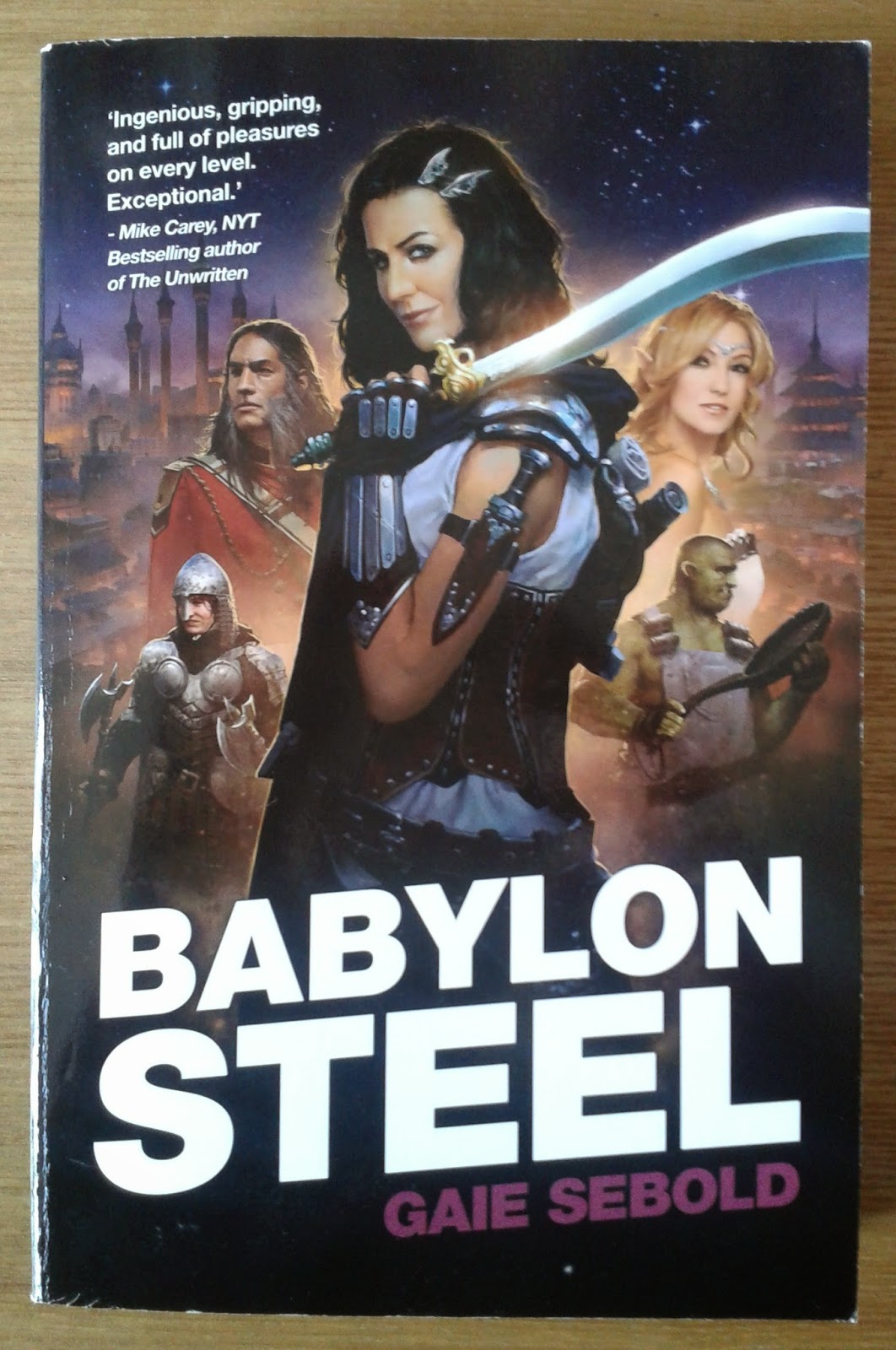 The cover art is by Marek Okon. It isn’t a stock photo, it isn’t graphic design, it isn’t typography, it’s a new piece of commissioned artwork that tells us something about the book and gives us a real sense of the kind of characters it contains. It sells the book.

A couple of years ago I used it when the children wanted to do a “big write” at home. I gave them an unfamiliar book each and asked them to write as much as they could in fifteen minutes or so without opening the book or reading the back cover. Here’s what my oldest had to say about this one: 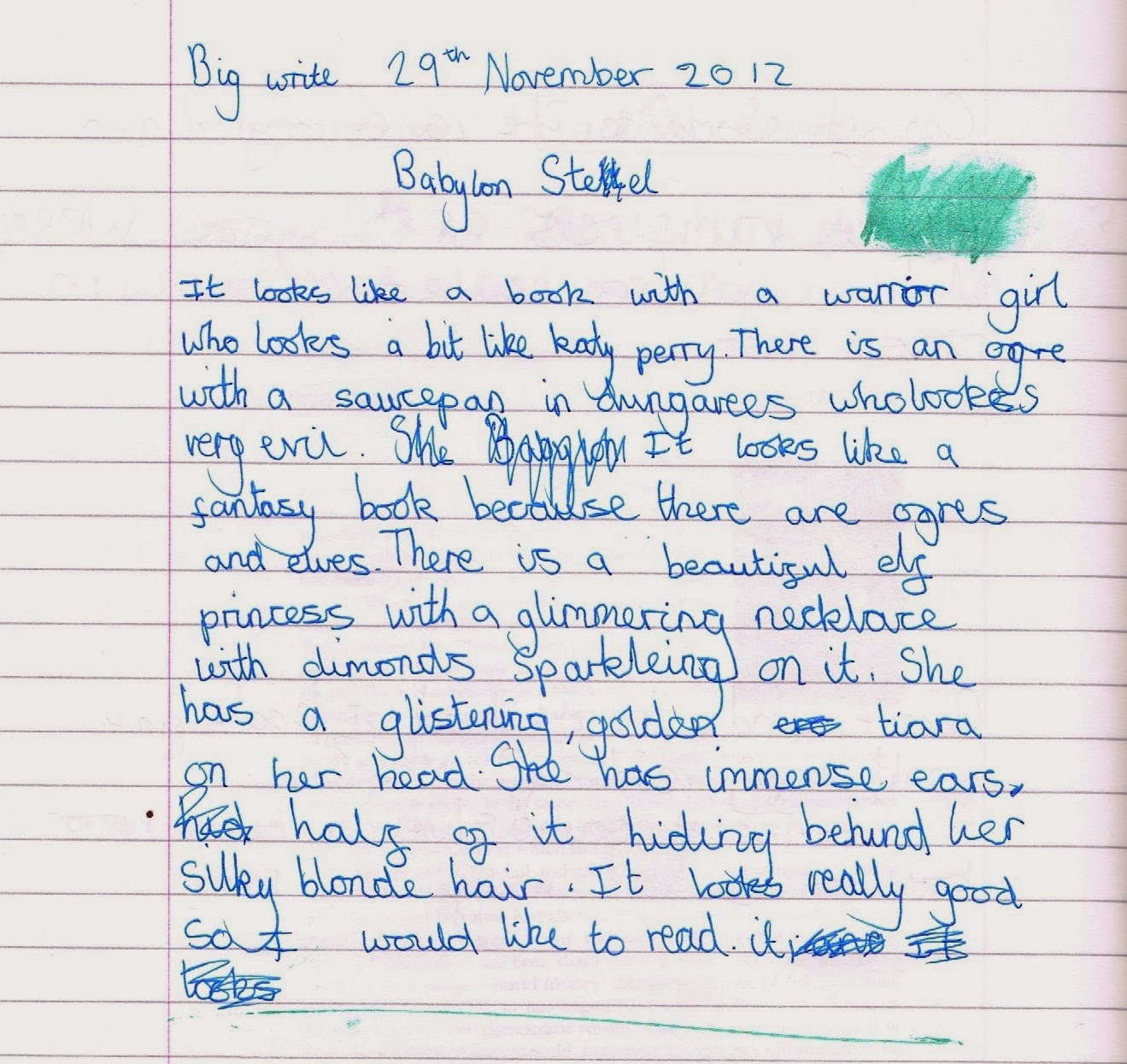 I agree, it does look really good. In fact, I’m going to start reading it today!

A dishonourable mention here for my least favourite cover of all time, the 1979 NEL edition of Robert Heinlein’s I Will Fear No Evil. A human skull in a curly blonde wig! And what is that weird white goo? This cover literally makes me feel unwell. 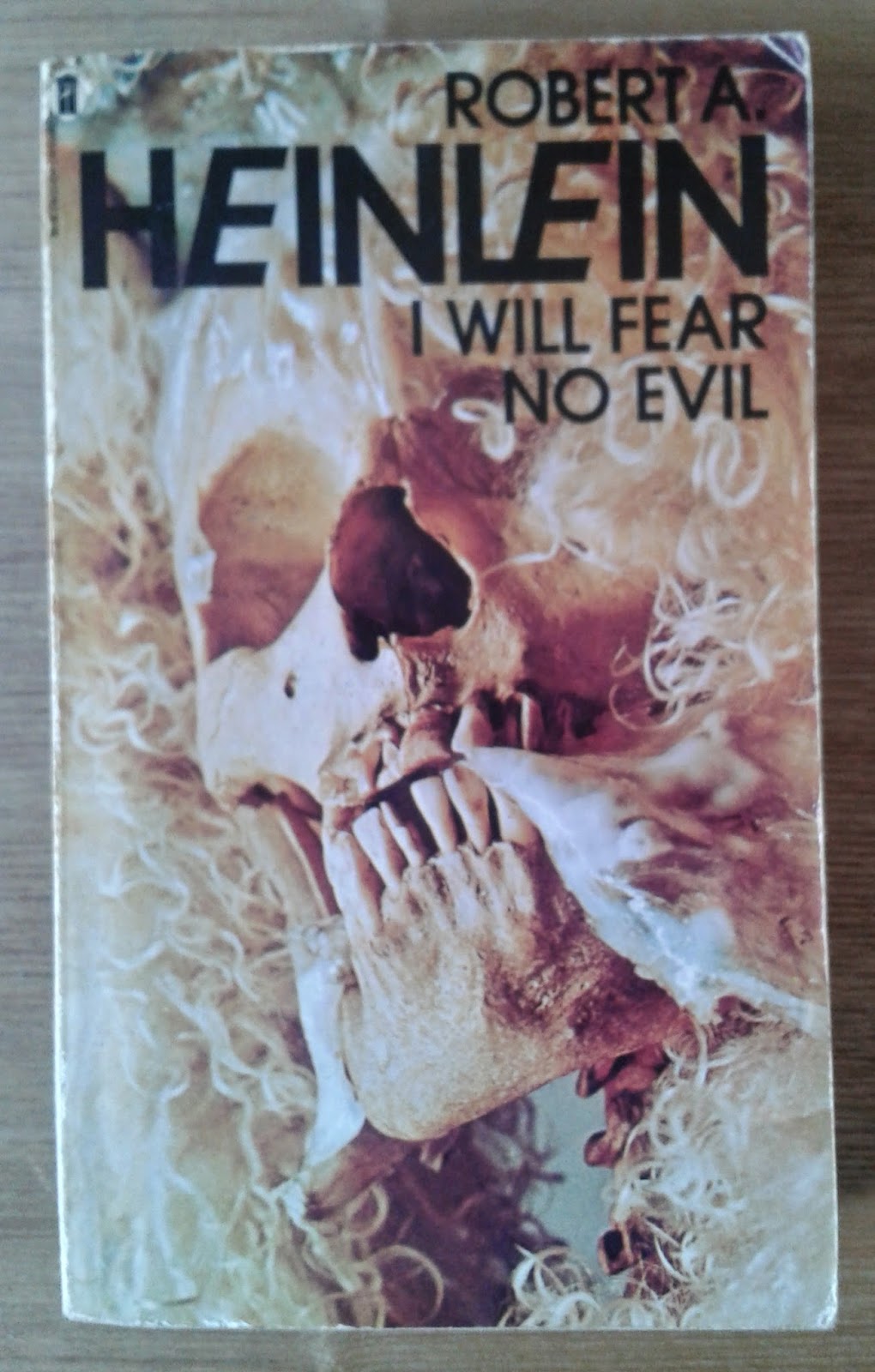