Have more than one copy: Fountain City by Michael Chabon #bookaday 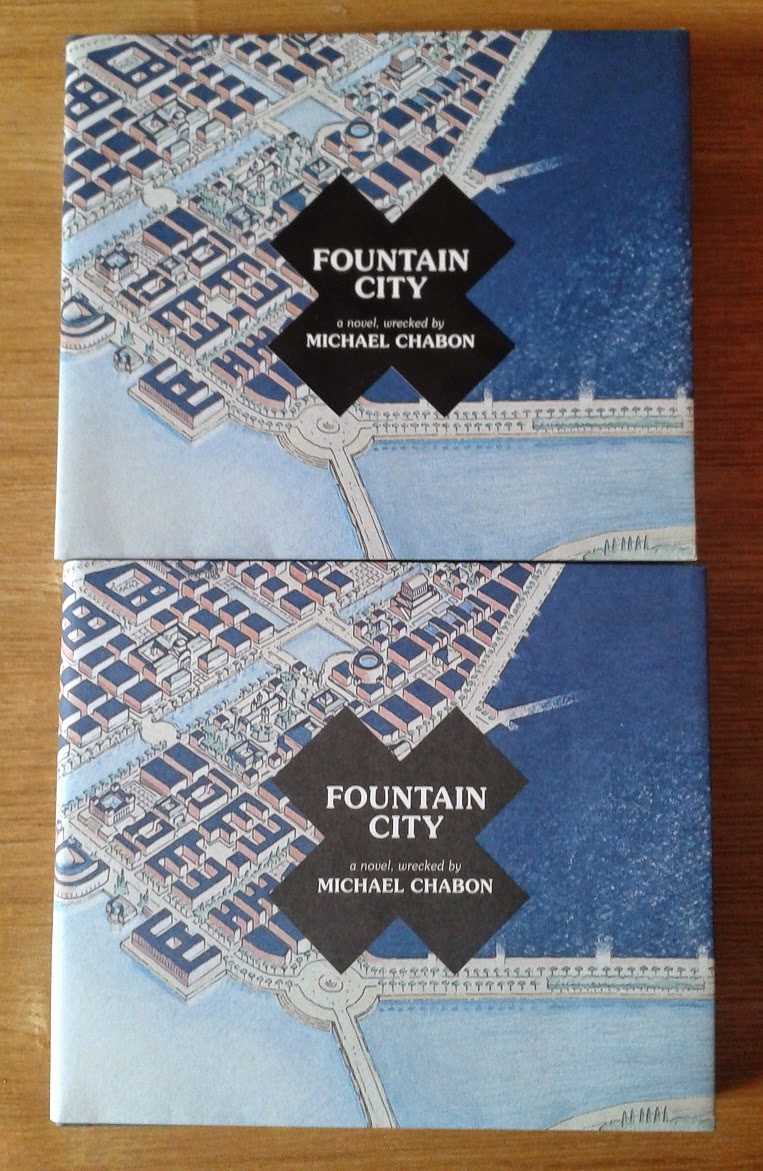 Today's #bookaday challenge is to name a book of which you have more than one copy. I don't buy second copies of many books. I had to read books twice all the time as a kid, but I'm spoilt for choice now: there are 1294 unread books on my shelves, plus 192 review copies and 136 unfinished books! I once had two copies of La petite marchande de prose (one bought solo, one in a box set) by Daniel Pennac, but I'm not sure I do now. And I didn't want to count books where I happen to have two review copies, because they aren't a permanent part of my collection.

So I've gone for Fountain City by Michael Chabon. This is a fascinating little book, not a novel but a fragment of an unfinished novel, four chapters of it, with forty-eight (often lengthy) notes from the author. One copy was in McSweeney's 36 (the sweaty head), and the other was in the cigar box from the deluxe edition of The Best of McSweeney's, which I ordered for my brother-in-law but kept for myself when it arrived after his birthday.

The two copies are not exactly identical. Let's call them the M36 edition and the BOM edition. The title cross on M36 is stuck onto the cover, while on BOM it's part of the cover art. BOM is printed on heavier paper, so it's a much thicker book with two additional signatures. The final page of M36 says it "is part of McSweeney's 36", while the BOM edition says it "was part of McSweeney's 36". Otherwise I think they are the same, and I've been very careful to put them back into the correct boxes.
Posted by Stephen Theaker