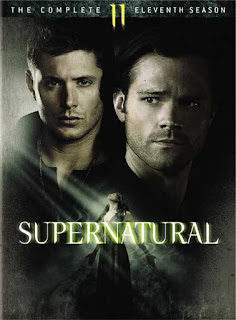 Supernatural season 11 may not be different from what we have seen before, but it’s enjoyable as ever. Sam and Dean continue to investigate murders, in the “monster of the week episodes”, and we see the return of strong female characters Sheriff Mills and Sheriff Donna, adding a female presence to the programme. There is also a new threat to the world and the Winchester brothers must find a way (with the help of some great returning characters – Castiel and Crowley) to defeat this new evil. The cast’s chemistry as an ensemble is a real highlight. The script is witty and the back and forth banter between the Winchester brothers and especially Castiel is superb. Misha Collins’s performance is just marvellous this season. A standout episode is “Just My Imagination”, episode 8. Sam and Dean team up with Sam’s childhood imaginary friend; such a clever idea. In episode 14, “The Vessel”, Sam and Dean go back in time and we learn more about the Men of Letters. These individual episodes really add to the strength of the ongoing story arcs and made this season well worth watching. The fantastic season finale, “Alpha and Omega”, introduces a new female character who brings the promise of international adventures. The programme is still going strong and I’m enjoying it as much as I did when it started over a decade ago. ****
Posted by Stephen Theaker