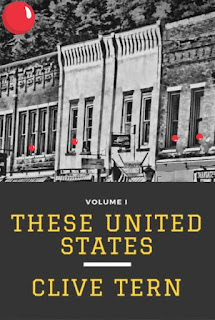 I want to begin this review by telling you a story. When I was a young boy, our bedroom had a wide window, with a large fixed pane in the middle, and parts that opened on the left and on the right. I am not proud of what I am about to tell you, but I would exit on the left, walk across the exterior window sill to the right, then come back inside. It frightens me to think of it, now more than ever, as I think of all the joy that would have been lost if I had fallen to my death. No lovely wife, no beautiful children, and worst of all so many wonderful novels never written! Imagine if I had died then, never having seen Game of Thrones, never having used the internet, never having played an Elder Scrolls game!

It doesn't bear thinking about, so let's not, let's move on to another childhood memory. We lived near one of the (if not the) smallest train stations in Britain, Damems, on the Worth Valley Light Railway. We would walk down there to see the steam trains go by, and if that sounds like a scene from The Railway Children, well, parts of that film were indeed filmed there. I never took off my underwear and waved it at a train, but we did discover the ruins of an abandoned mill, with a huge enticing crack in one wall. The mystery of this entranced us for weeks, until we were able to take advantage of a Tandy special offer and get ourselves a torch.

I then led an expedition into the crack. This may all sound like an episode of Stranger Things, but let me assure you that this really happened. Following me into the crack were my little brother and a gaggle of other children, some of them probably as young as five or six. We shone the torch into the crack and made our way inside. It was terrifying, but we kept going, step by worrisome step, the light shining ahead of us into the darkness, but seeming to illuminate only more darkness. Before long the crack narrowed and I began to worry about being trapped in there.

I called a retreat, and had to wait, anxiously breathing as deeply as I could, while the youngest children at the back got the message and led us out. I think back to that often, and consider how easily we all could have died. No one knew we were there. No one would have looked for us there. If the walls of that crumbling mill had fallen, that would have been it for all of us. We would all have died, and it would have been my fault. I'd be famous for being the idiot that led a group of younger children into a hole in the wall of a abandoned mill.

All of which is by way of explaining how intensely you may be affected by the stories in These United States by Clive Tern. It's a collection that will make you gasp in horror at how easily you might have let it pass you by, changing your life forever, very much for the worse. He is not from the United States, but declares a strange love for them. He writes about a man who can't die, and another who is locked up all day, and aliens and sea-gods and dangerous cigarette lighters all while making you think and taking you to a different state of the union each time.

In thirty years time, do you really want to think back to this moment and rue the terrible mistake you made, or do you want to read this book right now? And it's only volume one! How many more can we look forward to?! I give it five red noses.